Saw a post on Roger Malina’s site
titled “Free Will, Theory of Mind and the Physics of the City. http://malina.diatrope.com/2011/09/25/free-will-theory-of-the-mind-and-the-physics-of-the-city/   In it he talked about (and this is a
very rough summary) physics of the city being  the study of the motivation and the resulting movement 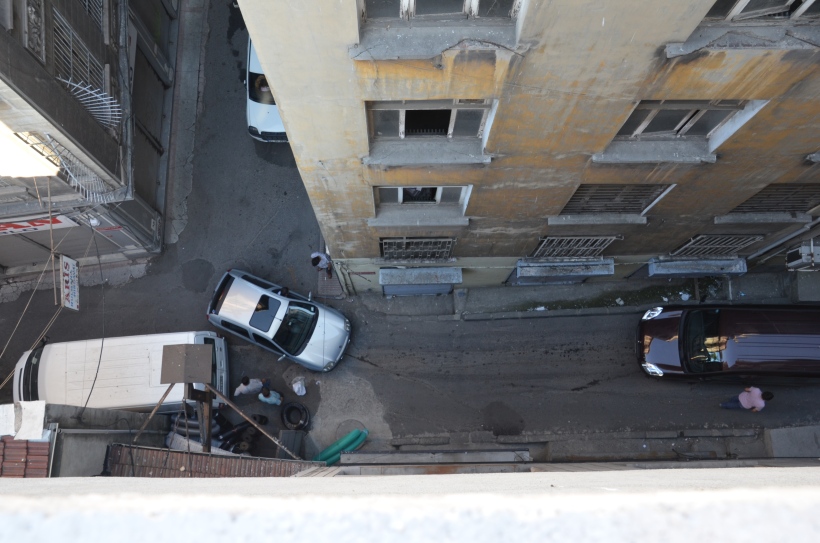 of individuals on a urban topology. The modeling of the motivation refers to two systems – free will and a theory of mind which is described primarily as a means of avoiding collisions.

The video work I did in Istanbul references the
patterns of movement of individuals, hand trolleys, cars and trucks in one T intersection in the retail hardware district. Early in the morning at roughly the same time for sixteen days I took a video of the sequences of movements  as three shops were opened up and prepared for the day’s trade.   The repetitive elements of the actions were  modified by the variations in the intersections of the daily patterning of the habitual movements .

In terms of motivation I observed a strong element of what appeared to be habit and have been pondering since reading Roger’s blog how this coincides with the idea of free will.