The first of four  video nights was held last night at Das KloHäuschen in Munich. The video Blood on Silk: Site of Production was projected into one of the former urinals in the building. The video shows a series of repeated actions where the inner crease of the elbow is shown to the viewer. This crease is the usual site of blood extraction for sale, for donation or for testing . 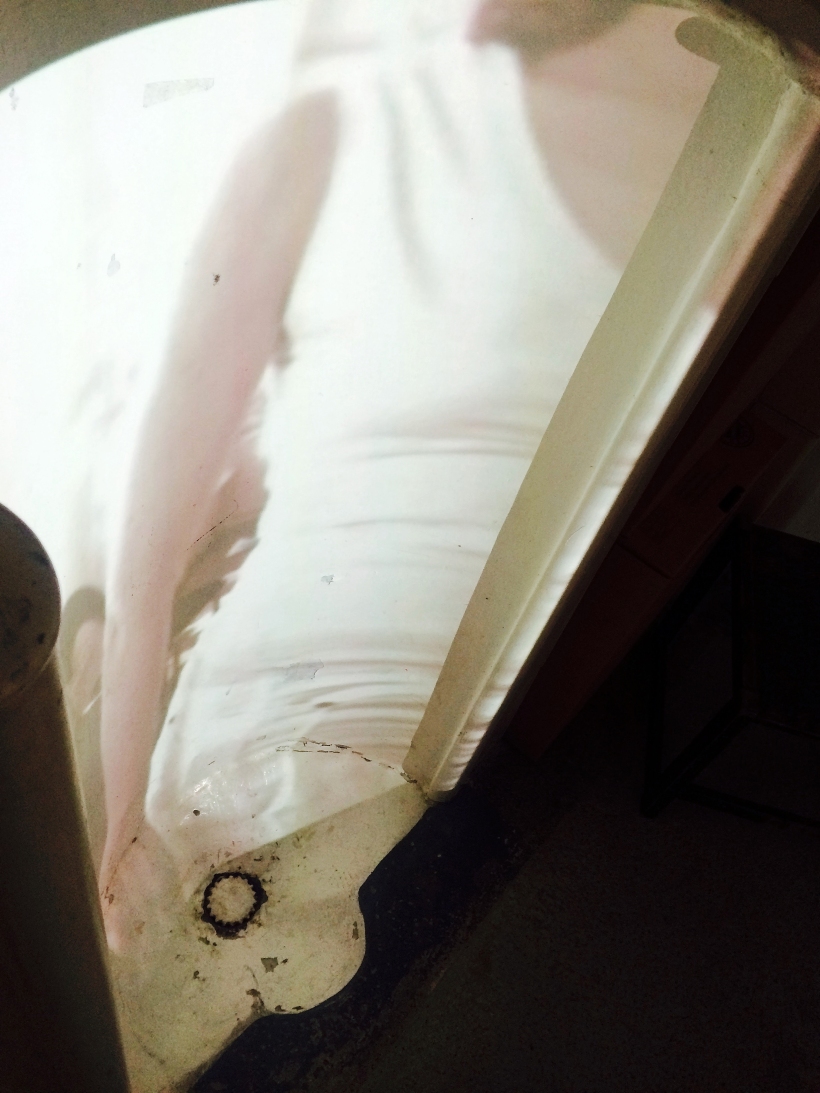